This week we are excited to feature Sora Kim-Russell, this year’s Korean prose mentor:

Sora Kim-Russell has translated novels from Korean by Hwang Sok-yong, Pyun Hye-young, Bae Suah, and Shin Kyung-sook, among others. Her translation of Bae Suah’s Nowhere to be Found was longlisted for the PEN Translation Prize and the Best 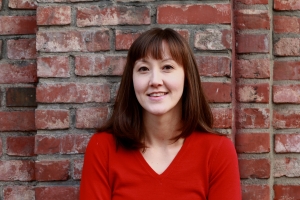 Translated Book Award. She has also translated short fiction by a wide range of authors, including Jeon Sungtae, Park Min-gyu, and Kim Bi, and early 20th-century authors, such as Hyun Jin-geon and Kang Kyeong-ae. She launched her translation career after winning the grand prize for poetry translation in the Korea Times 36th Modern Literature Translation Awards and for fiction translation in the Literary Translation Institute of Korea’s 6th Korean Literature Translation Contest for New Translators. She has since received multiple translation grants from LTI Korea and from the Daesan Foundation. In 2016, she participated in the Banff Centre’s International Literary Translation Centre residency, and was a panelist at the ALTA conference in 2015 and 2016. She teaches literary translation at LTI Korea’s Translation Academy and at Ewha Womans University’s Graduate School of Translation and Interpretation, and has seen a number of her students go on to receive translation grants and get their work published as well. The full list of her translated works is available at www.sorakimrussell.com.

This entry was posted in ALTA Mentorships. Bookmark the permalink.