The ALTA Emerging Translator Mentorship Program is designed to facilitate and establish a close working relationship between an experienced translator and an emerging translator on a project selected by the emerging translator. The mentorship duration is approximately one year. The emerging translator is expected to choose a project that can be completed in a year’s time, and they will only be advised on that particular project. Congratulations to this year’s Koren prose mentee, Joungmin Lee Comfort: 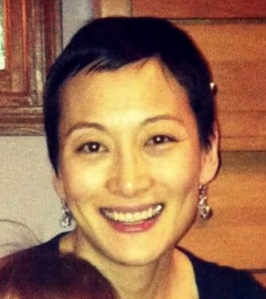 Joungmin Lee Comfort was born and raised in Seoul except for the five years her family lived in Paris when she was a young child. Following graduation from college, about 18 years ago, she moved to the U.S. and mostly blundered away while learning the American way- its language and people- and a great deal she had not known about herself or the culture from which she came. In retrospect, turning her gaze outward before turning it inward was an essential step for her, and the ‘blundering years’ were something that had to be, and for which there was no other alternative.

“The English language is so limited. It only has one word for describing each color, whereas our language (Korean) has multiple words, like…”
“The English language has the largest vocabulary of all languages…”
One’s perception is her reality; and Joungmin confesses that she fell for each of these conflicting myths at one point or another in the early stages of her bilingual life due to the limitations of her own starter’s linguistic tool kit. It was only after achieving a certain level of proficiency and acculturation that the intricacies and quirks of each language and culture began to occupy her attention. In the end, the lasting knowledge to glean was the essential sameness of human experience, regardless of how it is expressed.

Over a decade ago, her perceptive brother suggested that she consider becoming a translator since she liked reading and had always been a decent writer, at least in the Korean language. She’s afraid that she might have actually laughed in his face: although she had always had a love of reading, as well as a vague interest in languages and culture born mostly of practicality and exposure in childhood, she never imagined she would become a translator, or pursue any other professions related to the world of literature, especially one which would require her to sit down and write. For her, writing was (and still is) arguably one of the most difficult tasks to begin or finish. Consequently, she has no formal academic background in literature, linguistics or translation to show for. Instead, she have a B.S. in Economics from Kyunghee University in Korea, which she followed with two years of studying Hotel, Restaurant, and Tourism Management at SUNY Plattsburgh, and a few years later, a VT state educator’s license to teach English Language Learners. Fortunately, she did put herself through an intense period of independent reading and writing on linguistics in preparation for a peer review required for the ELL educator’s license. Though she loathed it plenty at the time, doing the work was a first step in the right direction, as it equipped her with the knowledge and vocabulary to express, or to merely recognize the feelings and thoughts inside her own head regarding language, culture, acculturation, etc. that even she had not been privy to. The perspective she gained through the effort, along with the everyday experiences she continues to accumulate as a bilingual and bicultural person, secure the base of her literary translation endeavor.

In the interest of conciseness: she quit teaching when she moved to Korea for a year with her husband and two kids in 2013. It turns out a person is not infinitely malleable. She was a certain kind of person regardless of how she saw herself, and repeatedly brushing against the boundaries of her strengths and limitations finally helped her to see what line of work she truly desired to pursue despite the uncertainty of the voices in her head. There, she began to work for a translation company specializing in academic research papers. In 2015, she was awarded LTI Korea’s translation grant for the non-fiction category. This year, on what seemed like an impulse, she challenged herself to translate a piece of literary fiction which she submitted for ALTA’s mentorship program.

It is said that we first learn to read, but then beginning around the third grade, we read to learn – to catch meaning from a text. With translation, there is yet another level of reading. It is a special privilege to be one of the first persons to read the text as carefully and intentionally as the originally writer, who most likely worked with the assumption that readers would read his/her creation with as much attention to detail as he/she put into it. And that is a key principle which guides her translation effort in the absence of formal training. Being awarded this mentorship has set off a cascade of relief, excitement, and gratitude within her; an opportunity has opened up for her to finally learn the science and art of literary translation from such an accomplished translator as Sora Kim-Russell.

This entry was posted in ALTA Conference, ALTA Mentorships. Bookmark the permalink.